Posted at 08:18h in Advocacy by Alison Pask

One-third of premature death and disability in New Zealand is caused by smoking, alcohol, obesity and unhealthy diets, yet less than a half a percent of the health budget is spent on preventing that damage, say a new health group launched today in parliament.

Over 25 health-related groups and 55 health professors have created an historic, new umbrella organisation, the Health Coalition Aotearoa, to work together to reduce the harm from tobacco, alcohol and unhealthy foods and beverages.

“There is an enormous mismatch between the damage caused by these products, including the huge costs of treating the diseases they cause, and the trivial amount invested in preventing that damage in the first place. That is the gap that we want to help close,” says Professor Boyd Swinburn, spokesperson for the Health Coalition.

World Health Organisation (WHO) has published a set of ‘Best Buys’ which are cost-effective policies and programmes to reduce the damage from these unhealthy products. However, many of these recommendations are yet to be fully implemented in New Zealand, the group say. 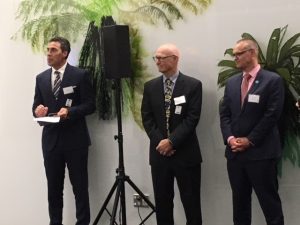 New Zealand is currently off-track to achieve WHO and government targets for reducing smoking, heavy drinking and obesity levels.

“Coalition members have considerable expertise and experience in this area and want to work together with Government to design and implement these actions and policies to best suit the New Zealand situation,” says Mike Kernaghan, CE of Coalition member, the Cancer Society of New Zealand. “Pooling this expertise from non-government organisations, researchers, and health professional organisations with the expertise in local and central government gives us the best chance of reducing the harm from tobacco, alcohol and unhealthy food.”

The Coalition was launched by the Minister of Health, Hon Dr David Clark, at the Beehive today. This is the first time that the major prevention-oriented health groups and researchers have joined forces to help prevent the damage created by all these unhealthy products.

The large ethnic and socio-economic disparities mean that Māori and Pacific communities and those living in poorer neighbourhoods are affected the most. 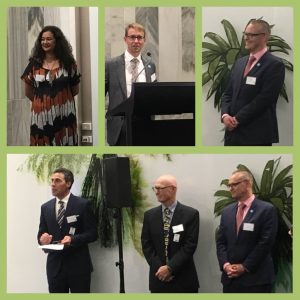 “It was made very clear during the Waitangi Tribunal hearings at Ngaruawahia, that health systems have been failing Māori for a long time,” says Selah Hart, spokesperson for Coalition member Hāpai Te Hauora.

“This Coalition will strongly support the policies which address these societal factors head on, finally putting the emphasis where it is needed to turn around entrenched inequity.”

Find out more by going to the HCA website