A Christian perspective of food at Easter

08 Apr A Christian perspective of food at Easter

Posted at 11:39h in Healthy Community by Alison Pask

There is so much more to food than eating and I enjoy learning about different traditions and people’s beliefs around food. I have a wonderful friend, Mary, who is close to 100 years old and she is willing to share her perspective on food at Easter from her own upbringing. I appreciate these are her individual stories and others will have different perspectives, but I thought you may like to hear an elderly individual’s perspective of Easter food traditions.

Mary tells me in her family celebrating Easter is most often associated with the Christian faith and most of the history she was brought up believing about food at Easter comes from this perspective. 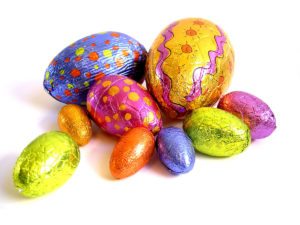 Below is Mary’s story.

“For Christians, Lent begins on Ash Wednesday and lasts for 40 days. Traditionally people give up certain foods or behaviour during this time. Eggs, butter, milk, meat and cheese were common foods people didn’t eat during this period. I was married during Lent and the church I was married in wasn’t able to have flowers due to Lent.

Most families were large and Mum was a great cook. The foods I remember beginning associated with Easter includes eggs, hot cross buns and other breads, as well as roast lamb and Simnel cake.

Eggs symbolise new life and Christians believe eggs represent the tomb that Jesus was buried after his crucifixion. As eggs were not eaten for 40 days leading up to Easter, they were one of the first foods to be celebrated again. Boiled eggs where commonly eaten for breakfast and in the modern world chocolate eggs are now promoted and commonly associated with Easter celebrations. I remember eating chocolate filled with sugared almonds and decorated with marzipan paste flowers. Marzipan paste is made with ground almonds and sugar. It’s the same as almond icing on the inside layer of a Christmas cake.

Hot cross buns are well known in New Zealand, appearing in supermarkets well before Easter. Traditionally these were eaten only on Good Friday as the cross is a symbol of the crucifixion. It was common to split the buns in half and share the half with a close friend or relative. Sharing the buns was thought to strengthen the bond between the two people. 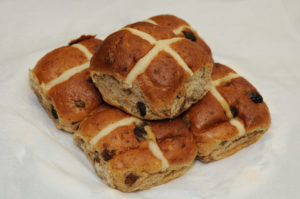 Bread was also a feature of food eaten at Easter as it has a strong link to Christian religious ceremonies representing the body of Christ and was served at the Last Supper. Bread was commonly made during Easter weekend and usually had eggs on top. A European friend used to eat pretzels as the shape of them represents the crossing of arms during prayer. These were usually flour and water dough shaped into a loop as they couldn’t be made with any items people avoided during lent.

Easter Sunday lunch is traditionally a Passover meal of roast lamb with gravy and a selection of roast vegetables celebrated around the table following the attendance of church. Lamb is referenced in several Christian stories and is eaten at Easter as lamb symbolises Jesus being the sacrificial lamb of God.

Easter supper always included a fruit cake with marzipan icing in the middle as well as on the top, this is known as a Simnel cake. Some people decorated this with 11 marzipan balls. These represented the 12 apostles (minus Judas who wasn’t there as he had betrayed Christ). This cake was sometimes also made to celebrate Mother’s Day, but I think that’s because it was mothers’ favorite cake rather than a common tradition. 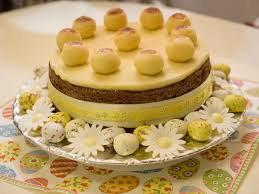 Mother also made Easter cakes which I describe as rock cakes and were more like biscuits and were spicy and fruity with a similar flavour to hot cross buns.”

Alison’s Note: I enjoyed learning Mary’s story and welcome other stories sharing different viewpoints related to food and culture. These can be emailed to [email protected]