Posted at 12:24h in Healthy Environments by Margaret McLachlan

What is an ultra-processed food?

The term ‘ultra-processed foods’ (UPFs) describes foods that have been through industrial processing, resulting in energy-dense products which are high in sugar, unhealthy fats and salt.

The NOVA food classification system  is the first to come up with a formal definition of ultra-processed foods, which it says are industrial food and drink formulations made of food-derived substances and additives, often containing little or no whole foods. The purpose of ultra-processing is “to create branded, convenient (durable, ready-to-consume), attractive (hyper-palatable) and highly profitable (low-cost ingredients) food products often designed to displace all other food groups”.

UPFs are increasingly common in our food supply and are making up more and more of our diets; it’s estimated 80% of shelf-stable products in the supermarket in NZ are ultra-processed. These foods are often cheaper and more convenient than whole foods, presenting an extra challenge people, especially those on low incomes.

Around the world the situation is similar, and this is having a negative effect on local food cultures and the health of people. In an article on the NOVA system, its creators explain:

Since the 1980s a monolithic global industrial food system has emerged. The food supplies of high-income countries with less strong culinary traditions, such as the US, Canada, the UK, and Australia, have become dominated by packaged, ready-to-consume products. In other high-income countries and settings, and in middle- and low-income countries, these products are rapidly displacing traditional dietary patterns based on minimally processed foods and freshly prepared dishes and meals. Rates of obesity and diabetes have correspondingly risen very rapidly.

The processing of foods is starting to get more attention from health researchers. It’s now recognised that we need to look at foods not only in terms of their nutrients, but also in terms of the degree of processing they’ve undergone, and the effect this can have on human health.

Are all processed foods bad?

No. Different types of processing can have an effect on the healthiness or otherwise of a food, and foods in the same category can be both minimally processed and ultra-processed.

For example, yoghurt can be minimally processed, with no sugar or thickeners added. Or it can be ultra-processed, containing many extra ingredients including several types of sugar.

Cereal can be simply whole grains such as oats, or it can be highly-processed, extruded, refined, and formed into shapes with added sugars, fats and salt. Milk can be simply and minimally processed, or have sugar, flavouring and fat added to make chocolate milk.

There are also foods that are technically ‘processed’ but which are highly useful and nutritious. For example, canned tomatoes, canned and dried chickpeas, lentils and beans, and frozen vegetables and fruit. There are processed breads, grain products such as pasta and noodles, flours and cereals that still contain lots of nutrients and would be considered healthful.

Why are ultra-processed foods so bad?

There are several reasons ultra-processed foods are bad for us:

Because of how they’ve been processed, UPFs are often very high in energy (kilojoules) and low in the nutrients that might be found in the original ingredients the UPFs are made from. They usually have added sugar and fat which contributes to this, and often contain unhealthy levels of salt and trans fats. They almost always contain other additives as well, such as flavourings, colourings and preservatives.

Because of how they’ve been processed – with the addition of extra flavours, colours, salt, sugar and fat, UPFs are highly attractive and palatable to us. That makes them really easy to over-consume. It also means we are likely to eat less of the whole or minimally processed foods they’re replacing.

UPFs are cheap to produce. This means they’re highly profitable, and according to the NOVA researchers, “highly competitive with foods that are naturally ready to consume and freshly prepared dishes and meals”. It also means they are typically marketed aggressively, and marketers can sometimes target the most vulnerable consumers, such as children.

UPFs have not, until recently, been recognised for their negative environmental impact. A recent Lancet article addressed this, however, pointing out that these foods may have a significant negative impact on the environment, through all stages of their life cycle, including ‘agriculture, processing, waste, retail, transport, and household use’. The article authors also highlight the power of the food industry:

The power of transnational corporations means they can dictate where and what is grown, produced, marketed, and sold in food systems globally. They can use aggressive marketing to drive up demand and create new food cultures, construct global supply chains to obtain cheap ingredients, and use extensive packaging that encourages mass production, long-distance transportation, and waste related to their consumption.

What does the evidence say?

UPFs are increasingly the focus of research both here and overseas, and evidence is building that UPFs have a negative impact on health. Here are some evidence highlights:

How can we eat less ultra-processed food?

When UPFs are convenient, cheap, tasty and ubiquitous in our food supply, it can be really hard to avoid them. It can also be difficult or impossible for people on low incomes, for whom UPFs may be the difference between eating or not eating.

Beyond addressing the massive wider issues of inequality, food insecurity and poverty in New Zealand, and the related issue of the food system needing to be reformed, what can we do at an individual and whanau level to reduce our reliance on UPFs?

Here are some ideas: 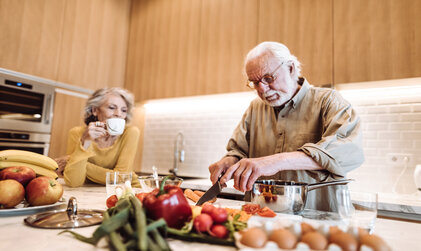