Posted at 14:53h in Healthy Community by Alison Pask

Taranaki District Health Board (TDHB) Health Promoter, Jill Nicholls, has been working with schools and dairies in Bell Block to reduce the sugar consumption of Taranaki kids. 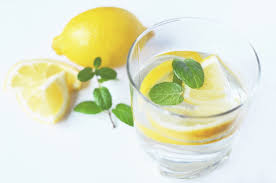 ‘We are very excited to be the first in New Zealand to take this approach within our community as poor food choices are linked to lower academic and sporting achievement.’ says Jill.
Taranaki’s Bell Block community are working together to reduce school children’s consumption of sugary drinks, through supporting a TDHB initiative called ‘Tap into Water’ which promotes the implementation of water only guidelines in schools and community facilities.

Bell Block shops have all made a commitment not to sell sugary drinks to children before 9am on weekdays and are getting behind the schools to ensure children go to school ready to start the day without being on a sugar high.
JiIl is proud of this initiative which started with a conversation with the Puketapu school principal in Bell Block about going water only. He was keen but saw a barrier to this being the shops that sell drinks to children on the way to school. Policing what children bring to school is a challenge schools find they must manage and ‘it is a lot easier to be the ambulance at the top of the cliff rather than deal with the issues downstream’ Jill states.

When Jill first approached the largest retailer in Bell Block, Parkland Supervalue they were supportive but didn’t want to lose trade. Owners, Brad and Rochelle Meikle said it would work if all retailers got behind the initiative. This lead Jill on a mission to approach all retailers in Bell Block to seek agreement on not selling sugary drinks to students before school. Getting buy in from the largest retailer first was a good move as others didn’t want to be left behind. Bell Block is a small town and getting the five main retailers on board was an achievable goal said Jill. The rationale Jill used was sugary drinks impact on students learning, concentration and behaviour and as the retailers are all parents they could relate to this. 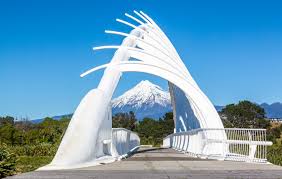 Starting slowly and as a trial was a key factor in starting the ball rolling. It was agreed there would be no publicity for the first month. After the first month Jill collected feedback from the retailers and school. The retailers were pleased the school had supported them so it was a win- win.
Taranaki DHB awarded certificates for the shops to display which has been a catalyst for conversations too. Parklands Supervalue reported there has been a good response with no negativity from families and students who have been accepting of us not selling sugary drinks.
It hasn’t impacted on profit for the retailers as it only applies on school days before 9am, not weekends or holidays so doesn’t impact much on the bottom line.
This case study highlights the importance of having a vision, taking a community approach and building strong community relationships.