Posted at 13:50h in Resources, Healthy Workplace by Creative Marketing 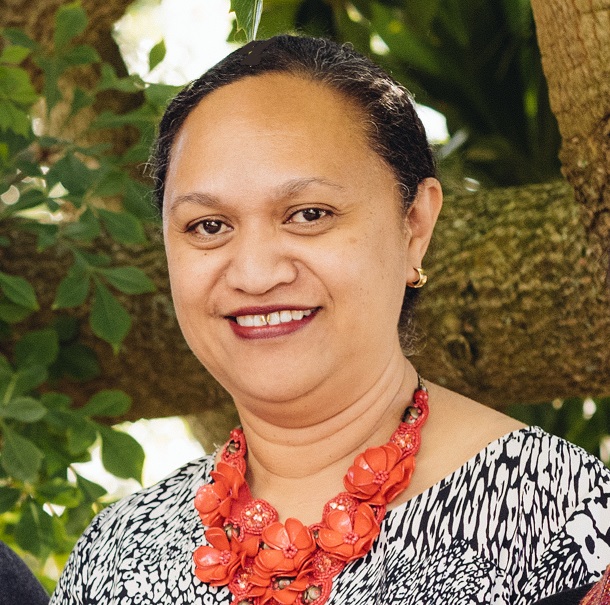 Mafi Funaki-Tahifote is the past manager – Pacific Health at the Heart Foundation.

“My career pathway hasn’t been straightforward. Most dietitians start out in clinical roles, then move into public health. I went into public health first, then got asked to do clinics using my Tongan language skills alongside public health. What drew me into dietetics and what continues to motivate me is that you can help people, particularly Pacific (and most importantly for me, Tongan people) by sharing with them about ‘food’, health and wellbeing.

I was born in New Zealand but grew up in Tonga. I came to New Zealand finish off high school and later studied dietetics at Otago University. At the time I was graduating, the Heart Foundation was creating a new role looking at how to help Pacific communities.

I was there for nearly two decades now, in four roles. Previously I was the manager Pacific Health. I saw myself as a resource to the organisation at large; I advised on information and activities relating to the Pacific population in New Zealand and I also lead a much smaller team in the organisation, known as Pacific Heartbeat. Until the end of 2019, I also spent two years working on Saturdays at a Pacific GP’s, running a dietician clinic and using my Tongan language.

I think that the big challenge for us is ‘mindset change’, both for the people we are working with in the community and our own workforce. Unconscious bias means that there are things we do unknowingly that create more inequity.

I came into public health knowing quite a bit from my upbringing as a Tongan who grew up in Tonga and migrated to New Zealand, but I didn’t know a lot of information about other Pacific Island groups in New Zealand. I learned more about Samoans, Cook Islanders, Niueans, Tokelauans, Fijians and so forth when I migrated to New Zealand and throughout my career. A lot of our Pacific cultural principles and underlying values are the same, but how we apply them around our food preparations and the types of food that we tend to have are different. If I hadn’t moved to New Zealand, I wouldn’t have learned that. For non-Pacific Islands people, unconscious bias means making the mistake that we are all the same and not recognizing that we speak different languages and have different protocols and customs. Even if you haven’t been exposed to these cultures before, you need to be open-minded to learn and listen, and to be guided.

Pacific Heartbeat, offersworkshops or professional development courses that frame information relevant to Pacific communities and their demographics, cultures, customs and protocols. Over time, we’ve come to know that many Pacific people learn better through doing, through visual learning and colour. Our Pacific peoples are very kinaesthetic and hands-on learners. We use those ongoing learnings and insights when we’re contributing to wider Heart Foundation initiatives, using language that resonates with people. We keep connected through our community networks, working with individuals, organisations, workplaces, early learning centres, schools and public health at large. Supporting community initiatives is equally very important. A lot of communities out there hold a lot of the solutions, they need to be supported and empowered to do it themselves.

I believe having more real connectedness and real openness, and being self-aware, could alleviate unconscious bias among us as health workers. Being open to trying anything and putting yourself in other people’s shoes applies at any level. Being more proactive and having a can-do attitude goes a long way.

For behaviour change to occur, it needs to start off with how we think. Then when we move along to behaviour change, we need to be aware that people are affected by the disablers around them, like the environments they live in. Having policies that can create supportive environments, relating to the social and economic determinants of health, is also very important.

It’s a long haul working in public health, before we can even witness tangible changes at higher levels. Having a genuine willingness to help, creating relationships and sharing a bit more about you personally, over and above what you do as a health professional, are all ways to build trust and rapport with our communities. They may seem small but it’s a start in creating the ripple effect that can collectively result in a better world.”