Posted at 12:33h in Advocacy by Alison Pask

Julia Rout is the national health promotion manager for the Stroke Foundation.

“I always knew I wanted to work in health. I really liked hospitals and wanted to work in one, because I was fascinated with how the human body works and the clever things we can do to make people better. I decided to go down the dietetic training route. My first role after I graduated was as a community diabetes dietitian, where I found that I was telling the same people the same things day-in, day-out but the environment was working against people changing their behaviours. That’s how I got into public health. I worked at ANA, while I did my diploma in public health. That study gave me the levers I needed to support populations to lead healthier lifestyles. I haven’t looked back since. 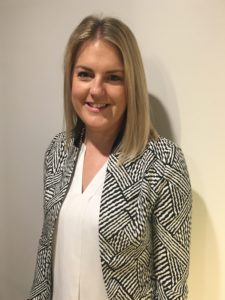 I think if you’re working in nutrition, the best way to make a big difference is to work in public health instead of one-on-one. At the Stroke Foundation I oversee all our efforts aimed at preventing stroke, particularly for Māori and Pacific communities, because they experience a disproportionate burden of stroke in comparison to non-Māori and non-Pacific. We run a number of campaigns, like The Big Blood Pressure Check which we run every October, offering free blood pressure checks through pharmacies and supermarkets around the county. We also have the Big Blood Pressure Check van, which operates year-round. That was originally funded by Ryman Healthcare, but it has been so successful that they have signed up to fund it and another van in Australia for another three years. The vans turn up at events and workplaces with a high number of Māori and Pacific attendees, offering free checks.

The current van is based in Auckland and the combination of staff we have there is great – we have a Samoan staff member with amazing connections in the community, which helps us work on the messaging we use so it’s relevant to the people we’re trying to target. Events have been the biggest win for us, in terms of foot traffic.

People who don’t work in health promotion think that it’s all about education, but education doesn’t change behaviours by itself, you’ve got to have a supportive environment as well. Obviously, we can’t diagnose someone in one visit to a van at an event, but the van helps start conversations with people and removes the barriers of cost and convenience. We talk to them about what influences high blood pressure and discuss small goals they could set. In our follow up evaluation, about 50 per cent of the people we see in the vans say they go on to do something about their blood pressure.

As the pressure on the health dollar gets greater and greater, it’s more and more important to show ‘progress’. The problem with public health is that it’s not like surgery or a pill, there aren’t immediate results. Often progress in nutrition is long-fought and hard-won. It can take a while to see the fruits of what you do and it can be hard to keep funders interested when you can’t necessarily see immediate results. It’s the small wins that help you stay motivated. It’s really great when you do something small, like The Big Blood Pressure Check concept, and get to see it grow and flourish over time.

I really admire the Robert Wood Johnson Foundation in the US, for developing a new way to talk about the social determinants of health. They went through a process of unpacking what those things are, unpeeling the onion if you like, to make it so simple that everyone could understand it. They came out with key phrases which are politically neurtral, so rather than talking about health equity, they talk about everyone having the same choices available to them. Framing the way we talk to different audiences is so important.”