How the Decisions a City Makes Influences Public Health

07 Jul How the Decisions a City Makes Influences Public Health

Posted at 14:10h in Healthy Environments by Alison Pask

When people think of the city council, health isn’t the first thing that springs to mind, but for those of us working in public health we are aware first-hand how local government decisions influence health outcomes. Alison Pask, ANA health promotion manager shares how  Justin Lester, mayor of Wellington City Council is leading a change towards better health.

When people think of the city council, health isn’t the first thing that springs to mind, but for those of us working in public health we are aware first-hand how council decisions influence health outcomes.

Justin Lester was elected as the Mayor of Wellington City in 2016. He joined Wellington City Council as a Northern Ward Councillor in 2010 and then served as Deputy Mayor from 2013 until 2016. During his time as a Councillor, Justin championed the living wage. 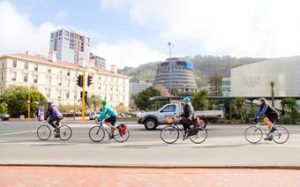 Justin’s priorities for Wellington City include kick-starting the economy, making housing affordable, improving Wellington’s transport and prioritising arts funding. He feels strongly that good local government services make a huge difference in people’s lives. He stated ‘ we have to be prepared to take a risk and act now and analyse later’.

Role modelling is an important aspect of the Wellington city council offices with a recycling policy in the council offices. A recent addition to the council policies is a ‘sugar free drinks policy’ with sugary drinks planned to be removed from all council venues soon. All council swimming pools now offer free swimming for under 5’s and their guardians at a cost of $55,000 to the council.

Justin sees the goal of New Zealand’s capital city to be smoke free by 2025 as achievable with the council already having policies which encourage smoke-free outdoor seating with an incentive of rate savings for businesses that provide smoke-free outdoor dining. The key he says is the policies are enforced with a carrot, rather than a stick approach.

Wellington City Council is looking to increase its stock of affordable CBD housing units with a plan to add 1000 new houses to its stock over the next ten years, this is achievable by working with partners who have common goals. There are rates remissions for buildings in the CDB and for those new houses in the suburbs built on the public transport route. A rental WOF template is being created with the sustainable trust which can be used to brand properties as ‘ liveable homes’. Forging strong relationships and collaborations is vital to a sustainable future Justin stresses. One example of this is the council working with the Ministry of social development ( MSD) to set up a wet house to relocate people in need to safer housing. Part of this relocation package will be a rehabilitation plan with the long-term outcome that these individuals will be transitioned into long term social housing.

A community lead process will lead cycleways by evolution rather than revolution.

Justin sees the council leading rather than responding and ‘let’s get Wellington moving’ is an example of this. Currently one third of Wellington people walk or cycle to work, one third use public transport and the remaining third drive. The aim is to see less people in cars and a light rail network is being considered as important part of the urban rejuvenation project.

Wellington is already a world leader in the natural environment leading the predator free movement. The conscious eradication of pests has resulted in greater bird life. In 1994 there were only six pairs of breeding Tui in Wellington now Tuis are plentiful. This is an ex 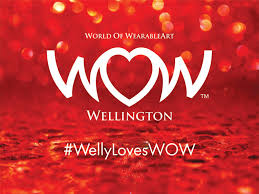 ample of how quickly change can occur when a goal is set and a strategy is put into place.

With the loss of the rugby sevens Wellington is now positioning itself as a ‘Capital of Culture’ with Matariki ( Maori new year) celebrations expected to be a highlight event in the coming years. Justin enthusiastically explains a strong cultural city makes a healthy city and there are plans to expand creative art to the capital.