Fundraising: The reality from a health promoter’s perspective

18 Jul Fundraising: The reality from a health promoter’s perspective

Posted at 12:09h in Healthy Community by Alison Pask

My introduction to fundraising began with ‘bottle collections’ in the early 1970s where we went from house to house collecting glass bottles for recycling.

This was a win-win situation, people had sheds cleaned out and we made money by returning the glass bottles.  This was a lot of fun, good physical activity and put our team-building skills into practice.  There were many opportunities for working out strategies of how we would get bottles from garden sheds into our truck in the most effective way. My Dad had his truck license and a friend lent him the truck and on our first of many bottles drives our group of Brownies made enough money for our first camp.

We lived in a semi-rural, low-income area so had to work hard for every dollar made. Our family of six didn’t have spare money and so fundraising was the way we managed to afford the extras. I became an expert at organising fundraisers from an early age, this included selling Girl Guide biscuits, raffles, and car washes and I have memories of struggling to sell clothes pegs as a school fundraiser as there are only so many pegs each household needs.

Being connected to the community enabled my family to make the most of our networks. Our most successful fundraiser was climbing under farmers’ woolsheds to collect sheep poo after shearing and selling this to those living in the city for garden fertiliser. We sold fresh walnuts collected from a farmer and this was a unique and worthwhile money earner. During the berry season, our family would take a picnic to a remote secret place and we would scramble among the prickly thorns to pick blackberries. We also had our own beehives and learnt to look after the bees and extract the honey. Apart from the jam and honey, we ate as a family this became currency to pay for extra-curricular activities. 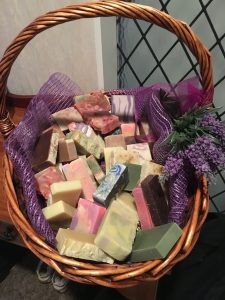 As I work in health promotion I believe it is vital to walk the talk and so my children didn’t sell high fat or high sugar foods like chocolates or participate in events related to gambling. For over 20 years I worked hard to show how fundraising could be effective and healthy at the same time and at times I had to take a strong stance on my beliefs. Rather than selling items I wasn’t comfortable promoting I  created a soap making business for fundraising purposes, which enabled students to sell beautiful high-quality soap and put the money towards their fundraising total. This wasn’t the most sensible business model as my time wasn’t covered but it enabled teams to travel to sports events that they may have missed out on participating in.

Sometimes the timing is just right and our school fundraiser selling portable home water tanks was a huge money generator following the South Island earthquakes. Growing swan plants and selling them when the caterpillars are abundant is another winning formula, however, this type of fundraiser requires plenty of lead-in time.

Cadbury chocolates offered amazing prizes to the students that sold the most chocolates and I was unsettled one wet morning when catching the bus to work, to see a boy from my son’s class sitting in the cold selling chocolates to people on their way to work. He told me he didn’t have any family or friends who could afford to buy the chocolates and he really wanted to win the bike on offer. The chocolate company had donated a bike to the student who sold the most chocolate. I couldn’t help but worry about the effect that this type of bribery from a large corporate company had on vulnerable children. It was, after all, using the child to do marketing for them for free and he didn’t win the bike instead it was won by someone who already had a bike.

This situation sparked my desire to make fundraising more equitable. The people who need the money the most are those less likely to be able to fundraise making the fundraising inequitable. How many of us have brought the chocolates ourselves or taken them to work to sell?  Fundraising is most beneficial for people with means to fundraise. These people have workmates to sell to, friends in positions to donate goods, incomes 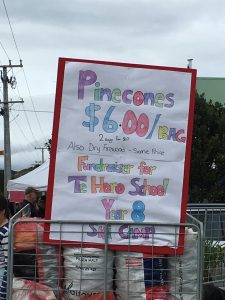 to afford the product themselves, time to commit, cars to go and pick up donated goods and so much more.  I often heard people say, ‘it’s not fair I do all the work and the ones that don’t participate get a share of the funds.’ The answer isn’t simple but I attempted to address this by creating fundraisers that enabled everyone to participate and share in the funds. People were asked what they could do, time counted as a contribution. Mothers looking after small children offered to babysit other children so others could go out in search of donations for prizes. A good cook had ingredients donated and a meal cooked to be raffled. Not everyone had to do the same job and selling tickets is only one way a contribution can be made. In my experience, the profits are usually divided up based on ticket sales which aren’t always a fair reflection of input.

My challenge to you is to think carefully about how the money is distributed, in my experience the money is usually divided between those that participate. You usually get a portion of the profits based on the number of tickets you sell however this isn’t always a fair reflection of input. 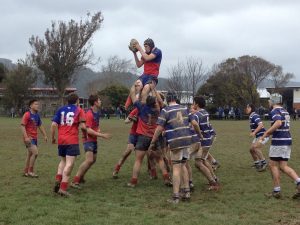 When my son captained the school 1st XV rugby team there were a few boys who couldn’t afford the rugby fee.  For the team to play they needed 100% of the fees paid, no payment meant no game so it became a team approach to help those less able to afford the fees. Some options we tried included; a hangi fundraiser, hosting short-term overseas fee-paying students, catering at events and we collected rubbish from the stands at the stadium following events. Our team of 15 plus fit boys soon got a reputation for being hard workers and word spread they were reliable. This lead to ongoing fundraising including clearing a large section where the wood from a tree was chopped and sold for firewood. 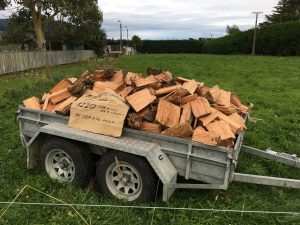 There were many different contributions made, someone had an uncle with a chainsaw, one family had a trailer, someone stored the chopped wood, another lived on a busy street corner and advertised the wood for sale. One father was a health and safety expert so even that was covered. It was win-win which resulted in the team having a great season of rugby.

At one school, I was involved with we established beehives on a wasted area within the school grounds and the children studied the bees and harvested the honey for sale. This created ongoing learning and over time sustainable fundraising options for the school. We also developed a worm farm and sold the ‘worm wees’ as fertiliser. The students leant many things about running a business and recycling food waste. If the fundraiser can be linked to the curriculum and learning environment then the support from staff is a valuable addition.  Creating a niche for your fundraising and setting this up so it can be recreated on a regular basis is less work and more profitable than a one-off event.

I was actively involved in my children’s education and influenced school policies on fundraising which have been sustainable for future generations. Becoming a school board of trustee member was the most effective way I could influence policy change and one example of a health-promoting change was when concerns were raised by the community about excessive alcohol use after occasions when the school hall was hired out. Following consultation, I drove an alcohol-free school policy which resulted in creating a more supportive environment long term. 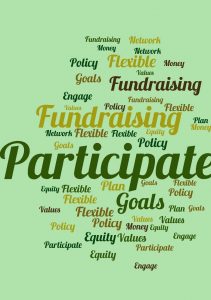 Engage with a wide variety of people with different skill sets

Be flexible and prepared to try new ways

Avoid a one size fits all approach

Be proud of your values and stay true to these

This article was written by Alison Pask, Activity and Nutrition Aotearoa, July 2018