Baby Food Pouches Under the Spotlight

Posted at 14:22h in Research by Alison Pask

They dominate the baby food section in supermarkets, but could baby food pouches be setting our babies up for future problems with obesity and dental cavities? 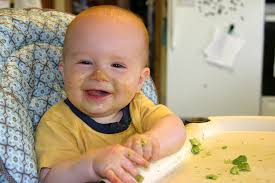 Squeezable baby food pouches with plastic spouts are described as a mess-free and easy food alternative for babies ‘on-the-go’, and they now have an extraordinary market share in New Zealand – a 2018 audit of one of New Zealand’s largest supermarket chains indicates that these pouches make up 70 per cent of baby foods available. However, despite their apparent widespread use, there has been virtually no published research done either in New Zealand or internationally on the possible impacts of these pouches on babies’ diets or health.

Associate Professor Anne-Louise Heath from the University of Otago has received a Project grant from the Health Research Council of New Zealand (HRC) to explore what babies are eating in New Zealand once they move from an exclusively milk diet to solid food.

This ‘First Foods NZ’ study will observe 625 babies aged between eight and nine months from Auckland and Dunedin, measuring their nutrient intake, particularly iron levels, and assess the impact of baby food pouches on babies’ growth and dental health.

“The food in baby food pouches is similar to that found in baby food jars and cans, but their delivery method has the potential to markedly change infant nutrition,” says Associate Professor Heath.

“Anecdotal reports suggest babies are often consuming the food straight from the pouch, unsupervised. These super smooth foods are very easy for babies to eat. A 120g pouch is the equivalent of about 22 teaspoons of food. It can take a lot of time to spoon-feed a baby that amount, whereas to squeeze out that amount from a pouch is much easier. We want to find out if pouches result in babies overeating because they’re so easy to eat, and if they are displacing more nutrient-rich foods such as breastmilk from the diet.”

The research team will also track the babies to see if the sweet and acidic foods commonly found in baby food pouches – even some vegetable-based varieties – are causing problems for babies’ erupting teeth.

“Manufacturers in New Zealand are generally super cautious about not adding sugar to baby foods, but natural fruit sugar is still sugar. When these baby foods are consumed by sucking on a pouch, the teeth are bathed in fruit sugars, and probably much more so than if they were to eat whole fruit or to be spoon-fed. This could increase the risk of tooth decay.” 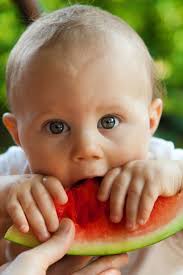 A recent small randomised controlled trial1 suggests that even by seven months of age, 12 percent of New Zealand babies may already be consuming more than the World Health Organisation recommendation of less than five percent of energy intake from free sugars, including fruit purees.

“If you’re only giving your baby a pouch every now and again it will probably make no difference to your baby’s health, whereas if it’s a regular thing it may have risks – or it may have benefits, such as upping your baby’s fruit and vegetable intake. We have to keep an open mind with our research as we don’t know which way it will go.”

As part of the First Foods NZ study, Associate Professor Heath and co-principal investigator Professor Rachael Taylor will also assess the nutrition, health and safety impacts of another method of feeding that’s growing in popularity in New Zealand: baby-led weaning. This technique involves giving babies finger foods to feed themselves from about six months on, instead of parents spoon-feeding them pureed food and slowly progressing to more textured food as the Ministry of Health currently recommends.

Proponents of baby-led weaning see it as a healthier, more convenient, and less stressful way of feeding babies, however some health professionals have raised concerns about the potential increased risk of iron deficiency, slower weight gain, and choking.

HRC acting chief executive Dr Vernon Choy says all parents want to know what the safest and best way is to feed their babies.

“There is so little research on baby food pouches or baby-led weaning that the Ministry of Health is currently unable to advise parents on their use. This puts health professionals in a difficult position because they are forced to form an educated opinion based on little-to-no evidence. They then have to decide if they’re going to share that opinion or leave parents to perhaps seek out other sources like social media for advice,” says Dr Choy. 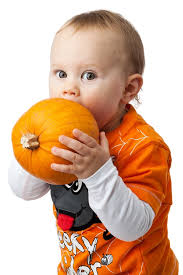 “This research will provide some much-needed evidence to help the Ministry of Health update their advice to Plunket and other Well-Child providers on whether, and how, parents should use these relatively new methods of baby feeding.”

The HRC has awarded $60.3 million in funding for 53 research projects, including Pacific health and Rangahau Maori projects. These grants form part of the HRC’s $81 million investment in new research projects and programmes announced today by Minister Megan Woods.

See below for the full list of 2019 HRC Project and Pacific Project grant recipients. To read lay summaries of these Projects, go to www.hrc.govt.nz/funding-opportunities/recipients and filter for ‘Researcher Initiated Proposals’, ‘Projects’ and ‘2019’.