Posted at 13:29h in Healthy Systems by Alison Pask

“…our communities, towns and cities actively promote and attract healthy food retail outlets such as grocery stores, produce markets, and dairies with fresh fruit and vegetables; our environment supports local farmers, and promotes local agriculture, such as community gardens and edible forests; and free drinking water is available in public places. …our communities, towns and cities [are] built on a culture which ensures everyone has access to safe, affordable food” (Activity and Nutrition Aotearoa, 2016).

“…our communities, towns and cities [are] designed to encourage more people to use active modes of transport to get to their destination. … all children achieve their full potential in a school environment where physical activity [is] a normal part of their day, both inside and outside of the classroom, and provide for a positive experience. A country where family time [means] moving together and playing together because it [is] fun, accessible and affordable. A country with a thriving economy built on a culture where standing and activity breaks [are] the norm, maximising productivity, efficiency and innovation” (Activity and Nutrition Aotearoa, 2015)

Child obesity is a major health problem for New Zealand/Aotearoa with 33% of children either overweight or obese. This puts us third in the OECD behind only Greece and Italy. While obesity is a complex problem with multiple causes we do know a lot about the type of environments that promote obesity and make it difficult for people to eat healthily, be more active and maintain a healthy weight. The World Health Organization Ending Childhood Obesity Report with our own Sir Peter Gluckman at the helm, has recommended what nations should be doing to create a healthier environment for their children. High on the list is mandatory regulations to restrict unhealthy food marketing to children. We know what to do; it’s time to start doing it. 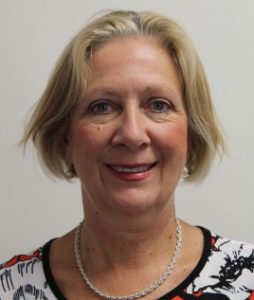 Stroke affects 9,000 people each year with a higher incidence in Pacific and Māori people occurring at younger ages than New Zealand  European.  The Stroke Foundation health promotion team focuses on raising awareness of the link between high blood pressure, stroke and risk factors such as salt, diet and activity. Our key work focuses on the FAST and Blood Pressure campaigns and specific programmes focused at Māori and Pacific populations.  In 2018 the Stroke Foundation also plans to lead a small campaign to empower more New Zealanders to eat less salt during World Salt Awareness week 12-16th March 2018.  However, to meet the WHO targets of reducing salt by 30% by 2025, we need to gather momentum for greater commitment nationally for a New Zealand wide salt reduction programme which includes voluntary food reformulation targets, regular monitoring of population salt intake and a national marketing campaign. Our small team are keen to collaborate, share and link with others to gain further support for action to reduce salt and other risk factors for stroke.

I expect there will be an increased focus on child unhealthy weight, with additional action taken by the district health boards and Ministry of Health to support families with overweight and obese children. I would like to see the focus move towards improving the food and physical activity environments – action which is likely to have the greatest impact on childhood obesity. Improvements should include those highlighted in the 2017 INFORMAS Benchmarking Food Environments Report. For example: strengthen the Government’s Childhood Obesity Plan, increase funding for population nutrition promotion, regulate unhealthy food marketing and ensure healthy foods in schools and early childhood education services using the updated Ministry of Health Food and Beverage Classification System. 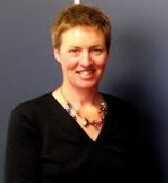 Kidney Health New Zealand’s aspiration for 2018 is for people to live healthier more active lives in order to reduce their risk of developing kidney disease. We would love to see a reduction to the number of people with Type 2 diabetes, and for those who already have diabetes to have their kidney function tested annually, so that if their kidneys become damaged they can receive treatment to reduce the risk of developing end stage kidney failure. Getting your kidney health checked is recommended if you have the following risk factors: Māori, Pacific or Indo Asian heritage, diabetes, history of high blood pressure, family history of kidney disease, over 60 years old, obesity, smoker, or history of acute kidney injury.

The Heart Foundation has a vision of achieving ‘Hearts fit for Life, for this generation and the next’. We span the continuum from prevention to treatment of cardiovascular disease (CVD), the single number one killer of New Zealanders. Within the public health nutrition space we would like to see increased support for healthy food environments in early learning services and schools (particularly low decile). Our vision for 2018 is that all schools have healthy food policies and be 100% water and milk only. There also needs to be a continued focus on Pacific nutrition training and workforce development, resources and tools. Additionally, we would like to see investment in the food knowledge and cooking skills of both families and children throughout 2018. With this in mind, we have teamed up with vegetables.co.nz and the Health Promotion Agency on a new initiative called ‘Easy meals with vegetables’ – we look forward to building the momentum around this work in 2018. 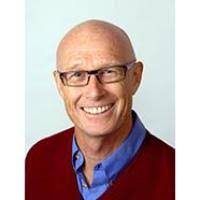 There is a sense of optimism that the new Government will tackle the tough nutrition problems that have been left to languish in recent years. However, advances in food policy are always heavily contested at every step, so there will need to be strong public and civil society support if this government is going to make progress on improving population diets which are currently the top preventable cause of health loss on New Zealand. In 2017, the INFORMAS group published the Food Environments Policy Index report which benchmarked food policy and infrastructure actions by the previous government. Over 70 independent and government experts contributed to the ratings and also the development and prioritisation of recommended next steps for government. The top 9 priorities provide the blueprint for action and the challenge now for the nutrition community in 2018 is to work collectively with government to ensure that they are converted into reality.

ANA has a vision that everyone in Aotearoa can and does eat well and leads an active life. This may sound easy and do-able but making healthy choices is complicated by our current environment which contributes to making us unhealthy.   Collaborative action is needed from a broad cross section of key players including the food industry and central government. ANA would like to see an overarching evidence informed strategy that not only helps the population to make healthy choices, but also directly addresses our ‘obesogenic’ environment so that making healthy choices are the easy choices.