Posted at 15:00h in Healthy Environments by Margaret McLachlan

Why is alcohol important in nutrition?

Alcohol is one of the most energy-dense foods we can consume, second in energy density only to fat. Consuming three 180ml glasses of red wine or three 330ml bottles of cider adds nearly 2000kJ to the daily diet — that’s the equivalent of eating nearly seven slices of white bread.

Potentially alcohol is a big contributor to body weight.

It’s worth noting that alcoholic beverages are not required to have nutrition panels on their labels. This means it is not immediately obvious that they’re packed with energy.

Alcohol packs a double-whammy punch to health. Not only is it hugely energy dense, but it has no nutritional benefit at all. In fact, it’s a contributor to a host of other poor health outcomes (see below).

How does alcohol relate to physical activity?

Alcohol has a negative relationship with physical activity. Because alcohol is so energy dense (empty liquid calories) and the body isn’t designed to store it, alcohol impedes our ability to exercise and our performance when we do.

The body recognises alcohol as a toxin and will work to expel it as quickly as possible. When the body is busy metabolising alcohol, the liver can’t produce as much glucose, which means blood sugar levels drop and we’ll have less energy to exercise effectively. Coordination, dexterity, concentration and reactions can also be adversely affected.

Metabolising alcohol gets in the way of other bodily processes too, including absorbing nutrients in food and burning fat.

And of course, anyone who’s had a hangover knows that alcohol can lower our motivation to move and do physical activity. 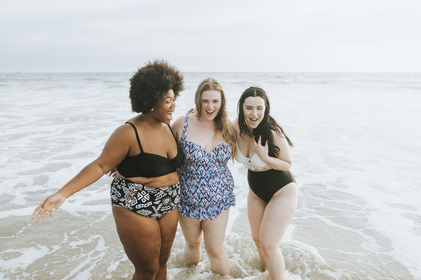 How much do Kiwis drink?

New Zealanders are collectively big drinkers. According to the NZ Health Survey, four in five adults (79%) consumed alcohol in the past year (2017/18 data). Alcohol consumption is highest in men (83%), those identifying as European/Other (85%) or Māori (80%), and people living in the least deprived neighbourhoods (86%).

Worryingly, one in four (25%) of those drinkers have drunk hazardously – in a way that can harm themselves or others.

Pacific and Asian men and women are the least likely to drink alcohol, but hazardous drinking is high among Pacific people who do drink.

Binge drinking – drinking heavily over a short period with the intention of getting drunk – is a type of hazardous drinking that exists across all age groups. Research suggests around a third of New Zealanders are ‘hazardous drinkers’ by their 20s and this pattern continues throughout life. A ‘binge’ is consuming five to six standard drinks in one session at least once a week.

What are the negative impacts of alcohol?

Alcohol has many negative effects; it’s linked to over 200 diseases and injury conditions. I In 2007, around 800 deaths of New Zealanders were attributable to alcohol, representing 5.4% of all deaths under 80 years old.

The deaths are from a range of causes: 43% are due to injuries, 30% to cancer and 27% to a variety of other chronic diseases associated with alcohol use.

Here are some of the ways alcohol negatively affects health:

Cancer
Alcohol is a toxin; strongly linked with increased risk for seven types of cancer. Alcoholic drinks are classified by the International Agency for Research on Cancer (IARC) as a Group 1 carcinogen – that’s the same as asbestos and tobacco. The IARC classifies alcohol as “a cause of female breast, colorectum, larynx, liver, oesophagus, oral cavity, and pharynx cancers; and as a probable cause of pancreatic cancer”.

Injuries/accidents
Drinking alcohol means more likelihood of injury. Alcohol was a factor in one in five fatal road crashes between 2015 and 2017. It is also a factor in 15% of serious injury crashes and 10% of minor injury crashes. As well, alcohol is a factor in other types of accidental injuries including falls, fire injuries and deaths, cutting and piercing injuries, and drowning. According to ACC, between 10 and 30% of drowning deaths may be attributable to alcohol use. The more alcohol consumed, the higher the risk of injury.

Violence
Drinking alcohol is associated with violence, with two in five violent interpersonal offences in 2014 known to involve alcohol with either the offender, the victim or both drinking at the time of the offence. Women (30%) are less likely than men (51%) to be the victim where they and/or the offender had been drinking. Alcohol was also involved in one  in every three  family violence incidents in 2018.

Foetal Alcohol Spectrum Disorder
Foetal Alcohol Spectrum Disorder (FASD) is an umbrella term used to describe a range of physical, cognitive, behavioural and neurodevelopmental disabilities that can result from the exposure of babies to alcohol during pregnancy. Common issues may include intellectual and developmental disabilities, attention deficits, poor social understanding, hyperactivity and learning disabilities. It’s thought this affects about 46,000 New Zealanders, with the Ministry of Health estimating around 1800 babies are born with FASD each year.

Addiction
Alcohol is addictive and for some people this can lead to dependence. Alcoholism can be difficult to recognise, since alcohol is legal, widely available and socially acceptable. Its estimated alcoholism affects about 140,000 New Zealanders. Alcohol Healthwatch says every year, 147,500 adults take one or more days off work or school due to their alcohol use, and a total of 84,400 adults have experienced harmful effects on their work, study or employment because of alcohol.

Sleep impacts
Because alcohol is a central nervous system depressant, it causes brain activity to slow down and may make us fall asleep. But alcohol consumption affects the quality and duration of our sleep, meaning we don’t get the deep, restorative sleep we need. Evidence suggests alcohol can exacerbate the symptoms of sleep apnoea.

Body weight
Alcohol influences weight due to its energy density (see above) and the ease with which it can be consumed, providing excessive, empty calories. Drinking alcohol also means we become disinhibited; we’re more likely to overeat and reach for processed snack foods and takeaways. Low-carb beer or low-sugar mixers are unlikely to help; when it comes to drinking, it’s the alcohol that’s high in energy, not the carbs or sugar in the drinks.

Are there any benefits of alcohol?

While we may hear of studies suggesting red wine is good for us, or that people who drink moderately are healthier, the overwhelming evidence shows that any benefits of alcohol are vastly outweighed by the harms. If we’re looking for heart health benefits, antioxidants or other health-boosting properties, we are far better off seeking out healthy foods such as vegetables and fruit than we are reaching for the red wine. If we don’t drink, we shouldn’t start drinking to get health benefits.

Is there a ‘safe’ amount to drink?

Experts say there’s no no-risk level of drinking; the only way to have zero risk is not to drink alcohol at all. Some populations, including pregnant women or who might be pregnant, should not drink at all.

The Ministry of Health offers guidelines to minimise the long-term health risks from alcohol:

AND at least two alcohol-free days every week.

The Ministry also says we can reduce our risk of injury on a single occasion of drinking by drinking no more than:

This advice is based on ‘standard drinks’.  It’s worth noting a standard drink is often less than a common serve or pour, containing 10g of alcohol. A standard drink is about 100ml of wine (a very small glass), or one bottle of beer. Alcoholic beverages are required to have information on their labels about how many standard drinks they contain.

Alcohol and public health: what can be done?

At a policy and society level, there are some measures experts say would reduce harm from alcohol and improve health and life for people in Aotearoa New Zealand. Alcohol Healthwatch has prepared a ‘policy scorecard’ outlining these. Find it here

To summarise, a society-wide shift in drinking culture is needed to improve health associated with alcohol use. Policies that could help achieve this focus on the availability and affordability of alcohol;  alcohol advertising and its prominence in sponsorship (especially of sport); increasing funding for support services for those affected by FASD and hazardous drinking; and strengthening laws around the alcohol industry’s influence in public life and policy.

What’s the best advice about alcohol and health?