Vishal Rishi is the director for The Asian Network Inc (TANI).

When I came to New Zealand from India 17 years ago, I’d never heard of ‘public health’, but I managed to get a job as a part-time public health coordinator at The Asian Network Inc (TANI).

I was so surprised to be selected that I asked the Board Chair why they chose me. She smiled and explained that they were looking for someone who could work with the community, and who had some passion for the work. 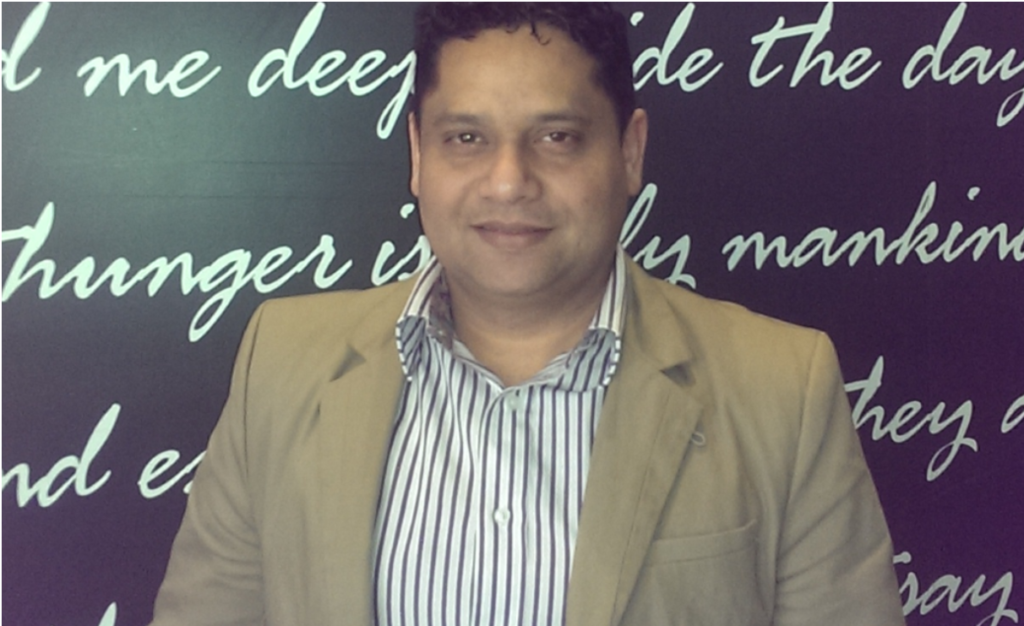 They knew I didn’t have any formal qualifications in public health, but they were impressed by all the extra-curricular community services work I had done in India, like going door-to-door collecting money so we could buy goodies and distribute them to orphanages/needy people, organising blood donation camps for a leading hospital blood bank. She said, ‘don’t worry, you’ll soon learn about the New Zealand style of public health!’ I was also fortunate to get a part-time role in the Centre for Asian Health Research at the same time. It was a great combination of translating research into practice and telling the researchers what the community needed at grassroots level. I’ve slowly moved up the ladder in public health since then.

I think you need a lot of passion to work in this sector. Without it, I don’t think anyone can survive for long. I’m a people person by nature. If I can be of any help to anyone, that makes me happy. I think that’s what’s led me to community development work, advocacy and public health. I want to raise community voices and take them to the decision-making tables. I left a permanent DHB national manager’s job, at SafeKids NZ, to come back to community health in 2009 for that reason. While I was working for the DHB I was also continuously working at the grassroots, advocating for Asian and migrant health. Fortunately, after 18 months of advocacy, our funders increased their support to TANI because they could see the Asian needs. At the time my colleagues told me I was making a huge mistake, leaving a permanent job and the security of the DHB instead of having to apply for funding all the time, but I’m happy because I like the challenges of my role.

We’ve come a long way, in terms of understanding the needs of the diverse Asian community in New Zealand. When I first came to New Zealand there wasn’t enough translated material, and it felt like the Asian population was ignored. Those things have certainly improved, but data collection is still the biggest challenge for Asian public health in New Zealand. Data collection has been strategically designed at higher levels and regardless of the migrant history of the Asian community in New Zealand that goes beyond 100-plus years, Asian leadership is not visible at those decision-making tables yet. It took more than 15 years to introduce the ‘Asian’ category itself within Statistics New Zealand.

Data collection at primary and secondary care level is not collected and compiled in a way that can be used to further address the needs of the community. In addition, data is only collected from people who have accessed any health services. With family violence, for example, only the person who has reported to the police appears in the data. But the majority of Asian people don’t report it. However, this kind of anecdotal information about first-generation migrants is very important. Without it, if you go to the Ministry of Health or a funder to say, ‘this is a big issue’, you don’t have the numbers to support it. Fifteen years ago, the government said ‘you don’t have the population numbers’. Today we have the numbers and the population, but now they say ‘you don’t have the data’. It’s been a very strategic approach to avoid a big part of the New Zealand population, which I’m sad about.

We are on the right track, but we’re a small waka in a big ocean. Sometimes it feels like it doesn’t matter what we do, the waves will just take us back to where we started. Tokenism funding or responses don’t work to address broader public health issues and there are big decisions to be made. For initiatives to work, the community needs to be in the room first. Without that grassroots community connection, there will be no progress.