I didn’t ever think I’d work in health, but I found my way in through te ao Māori. I’m a product of kōhanga and kura kaupapa and whare kura. Te Reo Māori was my first language. I did a Bachelor of Sport at Unitec and that was my first real mainstream education experience. 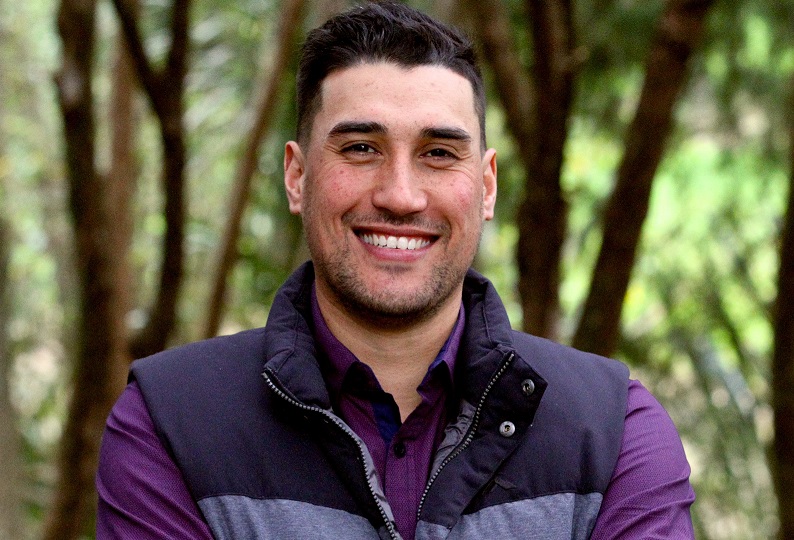 Before I was at university, I spent some time in Montreal, Canada. I connected with the indigenous people there, and I was watching how they were doing things, which made me think ‘I wonder what’s happening at home?’ Going to Montreal was a big learning experience for me as a young Māori boy – the culture shock of being around people who spoke French as their first language made me realise that that’s how people who didn’t speak Te Reo felt when they came to the kura or the marae and realised they couldn’t speak English there.

I sort of just fell into this work. I was standing in line at graduation and got a phone call for a job that I’d forgotten I’d even applied for. I was very lucky; the job was with Oranga Poutama (Sport New Zealand), for a role that at the time included teaching traditional Māori games in the Auckland area. That role, which evolved into helping create He Pī Ka Rere, was co-funded with Te Hotu Manawa Māori, which is now Toi Tangata. When I started working on He Pī Ka Rere in 2011, it was a joint-funded kaupapa looking at creating a kōhanga-specific movement and nutrition programme. He Pī Ka Rere is designed to fit into the way they deliver things and align with their world view, instead of being something that was produced by a mainstream group and translated into Te Reo. 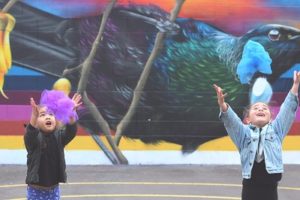 He Pī Ka Rere refers to the manu preparing for its first flight. It’s about learning to fly – how can we prepare our tamariki so they’re able to participate in a lifelong connection to the joy of movement? We want to set them up with some good foundations, for whatever kind of activity they want to do. We have the signoff to deliver it across all kōhanga reo and we’re looking at moving into the mainstream space as well.

I’ve got four children and this kaupapa has raised them. Seeing them thrive is what I want to be able to achieve for all tamariki. My first baby was born after I’d been in the job about a year and so she was my guinea pig. Every other day, I’d be testing something on her and no one’s more honest than a child! We feel very privileged to be able to share it with kōhanga and we’re very fortunate to be doing the type of mahi that we do. I’m so proud to be able to contribute towards something that has gifted me so much.

Within Toi Tangata we provide foundation kōrero for people to be able to grow and start to learn the pūrakau and kōrero that align best to them. Coming to a place and saying ‘this is how you should do things’ is not our approach. We look to draw on the existing knowledge systems that they have and provide a platform for them to grow a bit more.

Te Ao Māori has been the guiding driver of my kaupapa. For me, it’s about being able to support whānau to make healthy lifestyle changes within themselves without having to put aside their whakāro about tikanga and taha Māori. It would be amazing to go and get your haircut in Te Reo, or if you could go to the doctor and speak Māori to them. Being able to normalise all that stuff in the health space is a big thing. A lot of spaces are attempting to include as much Te Reo and tikanga into things as possible, but we really need to look at how people can step up their game and not rely on the single Māori in the room to do it for them. Equity across the board is one of the biggest issues in public health, from all angles. I do get a sense that cultural connectedness and awareness is growing in slow, small increments across the health sector. I think we’re quite fortunate to have some leading Māori health providers showing what the high-performing level might look like.

From what I’ve been seeing over the years, people are genuinely making attempts to start to think about how they can empower themselves. There’s a massive increase in people attending Te Reo Māori classes, for example. In the public health space, Te Reo and tikanga should be treated any other competency. They should be included in the induction processes when you join an organisation so you can get fully comfortable with them.

Navigating multiple relationships is a big skill needed in public health, especially when coming between mainstream and Māori organisations, and spaces like marae. You need to understand how each one functions so you can uphold their mana when you are attempting to connect with them. I think you need to be quite open-minded when you’re thinking about different approaches in this space. The skills you need to work in public health are the same skills that you need to work in a lot of different industries and areas: communicating, creating relationships. I would encourage people to keep up their cultural practices when they’re working in public health, regardless of where you’re from.

In te ao Māori whakapapa plays a big part in everything that we are. All the different strands from my tīpuna have created me and I think you need to think the same way about how you approach public health. You need to be able to bring together a lot of different aspects of who you are to flourish in a public health role.