Professor Carol Wham trained as a dietitian and has had a long career in public health, ranging from work in hospitals to the food industry to academia. Her expertise ranges from paediatrics to gerontology, where much of her work is now focussed. She was a lead author for the Ministry of Health background papers for the Food and Nutrition Guidelines for Healthy Infants and Toddlers (2008) and Healthy Older people (2009); and an expert reviewer of nutrients for the NHMRC Nutrient Reference Values for Australia and New Zealand (2005) and has authored numerous published research papers. She received the Dietitians New Zealand Award of Excellence in the category of Outstanding Achievement in Dietetics in 2017, the highest honour Dietitians NZ can bestow on a member. 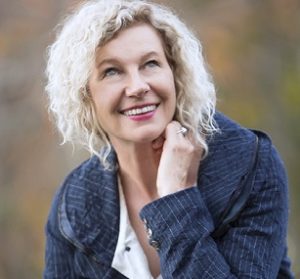 You’ve had an interesting career doing a lot of different things. When you started out, what was it that got you interested in nutrition at the time?

I was in Dunedin doing the four-year Bachelor of Home Science way back then, thinking I’d like to be an interior designer!   It wasn’t till my fourth year where we really got into applied nutrition. John Birkbeck was my lecturer then, and I just got so excited and passionate about nutrition, and particularly the whole concept of nutrition education, and for that reason I applied to do dietetics. It was a bit of a last-minute turn around to be honest.

You say you’ve had three different careers in health?

I did dietetics and got quite involved in paediatrics and I did a course at the Institute of Child Health in London. I came back feeling confident that what we were doing in New Zealand was pretty much state of the art, best practice. But then I got an opportunity to join the private sector through Douglas pharmaceuticals to head up a new Nutrition Division and their Karitane/ Karicare project, as it later became known. And that was fabulous; it was so good for my own personal development and great to be the only woman in the senior management team. And I embraced the opportunity and really enjoyed the commercial experience, but also applying technical innovation was so exciting, particularly when we became market leader.

Then when that business was sold to Nutricia, I was invited to join the dairy industry. I spent some time with New Zealand Dairy Foods, and then later Fonterra, involved very much in milk communications, and that inspired me to do my PhD to understand a bit more. Then I set up my own business, Nutrition Communication Ltd. consulting, while I started part-time at Massey.

It’s been a 14-year journey at Massey too.  I was very pleased to be promoted to Professor last year because it’s recognition of the research and enterprise that I’ve been involved with. And to stamp my mark in history too, as the first NZ-trained dietitian to become a Professor.

A lot of my work has been to provide the evidence to inform policy and practice, and that’s what I’m very committed to doing. I guess it’s been accidental too. I always thought that I’d have a family, but I found out in my thirties that it wasn’t going to happen; I couldn’t have children. I’ve just embraced the opportunity.

You must have quite an interesting perspective having worked in those three different areas: hospital, commercial and academia.

I think it does give you a much a broader view of how it all works, particularly when you think about food and nutrition systems and the wider implications of sustainability.

We really do need to work harder to improve. our food system.  There’s a lot of work that shows that in the supermarkets, 80% of shelf-stable products are ultra- processed. This is not helping with our chronic disease prevention and obesity epidemic. But how do we work with the food industry and with consumers, with producers and distributors and retailers to try and address that, bringing everyone together? What are the particular roles of everybody and how do we collectively improve our food supply in a food system?

What for you have been the most satisfying things in your career? The things that you see as big achievements?

When I came to Massey I’d been very involved in paediatrics and I’d specialised in that area.   But I identified  that older adults was  an untapped area of nutrition and I embraced that.

At that time my mother was getting older and she later got dementia and I’ve seen the catastrophic effect of malnutrition in action. I’ve been engaged with two longitudinal studies to understand about the whole process of ageing and how everything conspires against older adults to not eat enough food to maintain their nutrition status.

Some of the work I’ve done to demonstrate the degree of malnutrition in the community, hospital and rest home settings has been very satisfying, in that it actually has informed policy and practice and made changes.  And it’s good to see that, for example, in the Waitemata DHB where I work, most people are screened on admission to rest homes.

It’s just so hard and it’s really important because [malnutrition] increases length of hospital stay and it causes more co-morbidity and that doesn’t help people recover. I’ve  got a paper in press showing a large proportion of older people are dehydrated after four days of admission to hospital. Over 40% either had total dehydration or pending dehydration and again  it increases length of stay. It increases costs. It increases co-morbidity.  People don’t get better.

I’ve been working in that space because I think it’s so important. And it’s not taken seriously enough to be honest, by health professionals.  We’ve got these really high-cost treatments, but they’re not going to be effective if people aren’t well nourished or if they’re not hydrated properly.

If you’re looking at the future, what’s your vision for the future of the health of people of Aotearoa?

I think it’s really important that we can do the work in schools and get younger people much more aware of the food and nutrition issues and hopefully create some consumer power to improve the way we eat and drink. That’s the opportunity.

And the other thing is, for older people, everything conspires against them in terms of eating well, but it’s the social aspects of ageing too.

We’ve got an increasing prevalence of people who live alone;  older people living alone and eating alone is a real risk factor. We’ve got to think about that in terms of the way we live, the way we town plan, the way we need to be more age friendly.  And hopefully younger people will embrace this.

We’ve got a lot to learn from Māori.  I mean, kaumatua are revered for their wisdom and knowledge, aren’t they?  I think if we’re truly Treaty-led in this country, we will learn from that and care for older people in a more holistic way.

What do you think has to happen to improve the health of New Zealanders right now?

My overwhelming goal is to increase the public health nutrition workforce. It’s just dire at the moment.  I’m of the view we don’t need so many dietitians in hospitals the way they are. They need to be in primary care. We haven’t got a large workforce in primary care and we should.

New models of health are being investigated in primary care, and I’m hoping  to look at nutrition within that space because it is  such a missed opportunity. I mean, they could be tracking BMI and body composition to identify problems earlier in life; they could be screening for malnutrition when unintentional weight loss occurs. We could be much more proactive in primary care to prevent problems before they occur, but it’s not happening.

What do you think has been the contribution of ANA to public health?

[At the start] I remember being excited about the opportunities for promotion of nutrition and dietetics through the body, but also it was Diabetes New Zealand and the Cancer Society and all the organisations getting together at last, doing some nutrition promotion, because at that time there wasn’t much going on.

I think amongst the nutrition community ANA has been quite pivotal in providing the resources and opportunities for promotion. And  it’s been a wonderful place to go to, to seek resources and to get really good, up-to-date information because there’s a lot happening and it’s  very spread out and it’s pretty hard to bring it all together. And  that’s what ANA has been able to do.